Winter Tennis is a great opportunity for aspiring juniors to develop their tennis further before the start of the next summer season but registrations are about to close so if your child or Club juniors are wishing to play then this is the last chance to register please, by next Sunday March 27th.

Please access the latest MC Minutes via the following link:

The Autumn season of night tennis will be played on Monday and Wednesday nights if there are sufficient teams. For the past two years we haven’t had enough teams nominate for Monday night so we only had a Wednesday night competition. We will call for nominations again on both nights but will move teams to the alternative night if it produces a more viable competition. Therefore it is very important to complete the section of the nomination form which asks if your team is available to play on the alternative night to your preferred night.

Due to the postponement of the Summer season the Autumn season has also been pushed back a week. The season will kick off on Monday 11 April 2016 and Wednesday 13 April 2016. Grand finals will be played on 20 and 22 June 2016.

Nominations are to be emailed to night.tennis@hillstennis.net.au ASAP BUT NOT LATER THAN 31 March 2016.

Nominations are being called for Mixed teams of 2 men and 2 women.

Information about night tennis and a nomination form are attached.

If any teams have "spare" players or not enough players to make a full team, please let us know and we may be able to form a composite team or tee up players with other clubs 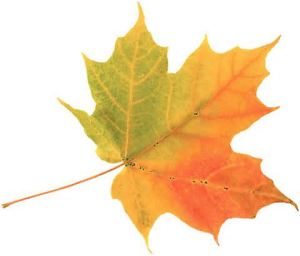 Please use the following link to access Minutes of the SGM:

Just a quick email of support from the HTA to you, your Players, Club Officials and Court Supervisors etc.

The HTA Management Committee has discussed and is aware several instances in both seniors and juniors where, shall we say, the “pressure” of finals has “got to” a few parents, spectators and players.

The HTA wants to make it perfectly clear that we are 100% united behind your Club’s officials to uncompromisingly enforce Tennis Code of Conduct, Rules Of Match and Play and etiquette guidelines promulgated by TA, TSA, HTA JAC and SAC.

We encourage elected Club and Association Officials to have the courage to intervene at the first sign of any ‘ugly’ behavior from players or spectators. You have full HTA support. Ugly behavior will simply not be tolerated.

Even more serious is ugly behavior towards elected Club or HTA officials. Any player or spectator found guilty of not paying elected officials proper respect will dealt with as harshly as is permissible under HTA rules. That may include forfeit of the match in question.

For juniors, please read and understand all the information already sent by the JAC as well as our Rules Of Match and Play. Finals are a fabulous time for our children, competing in and winning and loosing in finals teaches them life long lessons about how to the treat ‘the two imposters of success and failure’ equally (Rudyard Kipling). Help make finals time special for your junior players and instill in them that if they carry themselves politely and courteously on the court, there can be no losers and equally whilst the games might go someone’s way this time, those who engage in ‘ugly’ behavior can never truly be winners.

The same goes for our seniors please, please understand the SAC and Rules Of Match and Play requirements and please set the example for our juniors and play the remaining finals within the Rules and with the Spirit Of Tennis. As Boris Becker said after being asked if he was disappointed to loose a Wimbledon final he said something along the lines that ‘Why would I be, I’m healthy, happy, tennis is only a game and I can play again soon anyway.’ If he can take a Wimbledon finals loss so calmly, we would hope that HTA finals can be treated with similar tranquility by all.

Of course, our international celebrity tennis players have generally not set good behavior examples of late in our view but the HTA continues to firmly stand behind your Club in denouncing any ‘ugly’ tennis behavior. We can see no reason for any excessive swearing, racquet throwing, smashing of balls in anger, verbal abuse or any other Code violations. Irrespective of the final score, players or spectators involved in this sort of ugly behavior spoil the finals experience for others. If the ball is too close to be called out, call it in. Rather than accuse another player of cheating on line calls etc, why not just together, calmly ask an official if they would mind umpiring the rest of your match and make sure that everyone is aware that the decision of an Official is ‘right’ (even if perhaps it is later proven not to be – in other words, accept the umpire’s decision without argument) etc etc.

Remember that if you are an elected Club or Association official that you not only have the right to intervene in any match you watching where there is ugly behavior but the HTA feels that it is more akin to an obligation for you to do so and the HTA MC will strongly back any official who feels they have cause to step in to eliminate ugly behavior. The HTA will support all elected officials attempting to enforce Rules and Code.

If it is a spectator from your Club that is causing tension, please have the courage to confront them and ask them to tone down. You have full HTA support. Following one warning from an official, the match may be forfeited if the problem persists and the HTA will support actions taken in support of HTA Rules and the Spirit of Tennis.

Wishing all remaining teams a fun, enjoyable competitive finals series. As someone once said, probably not in the context of tennis finals, “Beauty may well be skin deep, but ugly cuts to the bone”! so please help the HTA stamp out ugly tennis behavior these finals.

Tennis Australia/Tennis SA have provided the attached document checklist that may help your Club ensure that your courts are ready and safe for play.

Recently the HTA has received at least one complaint about the “safety” of one Club’s courts however we have received advice from Tennis SA/Australia that the courts in question have been inspected and are safe to play, subject to the attached checklist.

To ensure the safety of players on your own courts, I hope you find the attached checklist useful and perhaps it can incorporated into your own Club procedures.

Wishing all players ‘safe tennis’ for the finals..