Last year, the HTA was able to offer shade cloths to Clubs for sale and we thought that might be the last of them but Slazenger (HTA Sponsor) have kindly provided the HTA with three more ‘shade cloths’ this year, which the HTA is happy to make available to member Clubs.

Size is 12.5mx1.75m, similar to photo shown but with Slazenger wording and logo.

Shade cloths are a great way to improve the appearance of your courts whilst providing a wind break and better ball visibility for players.

The HTA MC has voted this year to ‘give these to Clubs at no cost’. ie shade cloths for use at Clubs only. Not to go to individuals or private courts. The first Clubs who respond – get the free shade cloth : )

3 Cloths available. One cloth per Club or a second/third cloth can be purchased for the discounted price of $185 pickup, each. 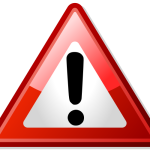 An exception to the normal entry is that the away team is permitted to enter the forfeited match.

The management committee request all persons that enter scores be made aware of this requirement. 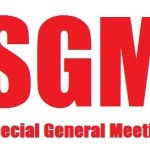 As you may be aware, the HTA Constitution requires at 17.3.2 that a Special General Meeting be held each February. Traditionally this SGM has been held for two main purposes;

1. to elect President/Secretary or Vice President/Treasurer in alternating years.

2. to inform  Clubs of finals information

In relation to the elections, the Constitution also allows at 8.1 and 8.1 that these elections take place at either the SGM or AGM and the HTA MC has decided this year to hold the elections at the AGM which leaves the only other business for the SGM as “imparting finals information” which can easily be done via email.

We know it is a large effort to get two people from each Club to meetings and so in the interests of administrative efficiency for you, the HTA MC proposes to cancel the SGM this February and deal with any matters at the AGM instead.

Of course, since the SGM is a Constitutional requirement, if any Club would prefer that the SGM proceed, please advise the HTA Secretary within 7 days.

Elections: in 2017 the President and Secretary positions are due for election. Please send nominations to the HTA Secretary within 30 days.

Thank you to those players who have already entered.

Unfortunately due to low entry numbers and a number of unforeseen clashes we have decided to cancel the 2017 HTA closed junior tournament.