This year there will again be 2-3 seasons of night tennis, each 9-10 weeks duration plus an extra week for grand finals. The seasons will be Spring, Summer, and Autumn with separate competitions on Tuesdays and Wednesdays during Spring and Summer (and on Mondays / Wednesdays during Autumn subject to demand and court availability). Proposed dates for each season are listed on page 3.

Teams will generally comprise 2 men and 2 women. Male players are ranked 1 and 2, and female players ranked 3 and 4.

Teams of a different composition may nominate, with participation subject to the discretion of the Night Tennis Co-ordinator.

If teams need to alter composition for a game during the season due to player unavailability please notify teams you are playing against. All teams are encouraged to be flexible in accommodating reasonable substitutions including those with different gender mixes.

Registration Cost is $40.00 per team per season.  Member clubs will be invoiced for the registration fees after the season’s program has been finalised.

Cancellations due to Weather

No night tennis games will be cancelled due to heat. However, if teams agree not to play because of hot weather the match will be recorded as a draw.

Due to the varying nature of weather around the hills no match should be cancelled before start of play unless there are extreme weather conditions. Both teams should be ready to play at 7:00 pm and the match should not be considered cancelled until 7:30 pm. If matches are interrupted by rain, teams should wait ½ hour before canceling due to rain. Teams who wish to cancel before the match, where both teams do not agree to the cancellation, will be considered to have forfeited.

It is the responsibility of each club to ensure that satisfactory toilet facilities are available and open for each night tennis match. These facilities should be as close as possible to the courts.

Even though night tennis is considered by many as a social occasion it is important that games start on time. Players should arrive in time to have the necessary warm-up so that matches can commence at 7:00 pm. Teams that do not have one set ready to play by 7:15 pm can be asked to forfeit a set. If you know a player will be late due to unforeseen circumstances please let the opposition know as soon as possible.

It is the responsibly of the home team to provide 4 new balls during the season for each match.

A grand final will be played in each division between the two teams finishing first and second on the premiership table at the end of the minor round.

If a team wishes to play a player in the grand final who was not listed on the nomination form, the approval of the Night Tennis Coordinator will be required.

Other information about tennis in the Adelaide Hills can be found on the web site of the Hills Tennis Association (www.hta.asn.au).

Nomination forms to be emailed to night.tennis@hta.asn.au

All nomination forms must be sent by email, and be received by 5:00 pm on the nomination day. All teams must include a mobile contact number for the team to aid in communication on playing nights.

*Provisional subject to demand – if run there is usually only one night in the autumn season, and days available are influenced by other court requirements (netball).

Meeting minutes from 19/11/18 HTA MC Meeting are ready for viewing.

The weather is looking a bit “iffy” for Saturday, so it’s probably a good chance to update yourself on how/when to call a match off due to wet weather. The bottom line is:

·         Matches that are not started and abandoned due to rain do not count as a “played match” when qualifying for finals.

Congratulations to all clubs and players on a brilliant start to the 2018-19 tennis season!

There have been very few issues with the correct entry of results each week, which is wonderful. Up until now we have had a “settling in” period where no penalties or fines have been imposed while people new to the role work it all out. This grace period has now ended.

Entering results – Match results need to be entered by 6.00pm on the Sunday following the match. It is the home team’s responsibility to enter a match, though the away team may also do so. Any match that is not entered by that time will incur a $20 fine per match for the home team.

Confirming results – This should be done by 9.00pm on the Tuesday following the match. While there are no penalties attached to not confirming a match, all matches are automatically confirmed one week after the match, and there will be no further correspondence entered into if clubs disagree after this time.

Ensuring all player names are present – Player names should appear in every set that is played in our Association. This is to ensure:

No match should be confirmed if there are names missing on a scorecard. The best action is to dispute and explain. Any match that has missing player names may now incur a premiership points deduction of 2 points per player missing. This is a definite for Senior Saturdays.

If you have trouble entering player names, consult the Allocating Players to your teams  document and/or contact Tennis Australia Support – play@tennis.com.au, ph 1800 752 983 or use their online chat help. 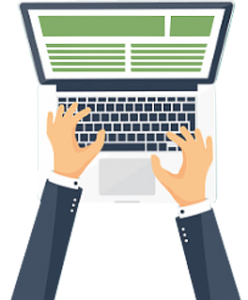 The Country Carnival 2019 will be held from Thursday 3rd January to Sunday 6th of January. Due to the continued Redevelopment of Memorial Drive the event will be held again at Kensington Gardens TC (cnr Parade/East Tce Kensington). Juniors team event, age groups 10, 12, 14 and 16 and Under. This age is at the 31st January 2019 (a little flexible though).

There will be no trials this year.